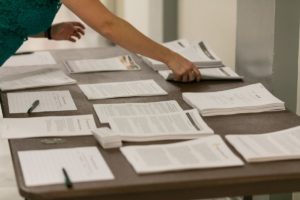 The spending bill released Monday night includes cruel new limitations on access to protection that would block most foreign national human trafficking victims from protection, especially those trafficked by gangs or fleeing forced gang involvement. Freedom Network USA, the nation’s largest coalition of human trafficking service providers, opposes these changes that would only harm trafficking survivors and protect the traffickers from prosecution.

First, the bill bars children from El Salvador, Guatemala, and Honduras from applying for asylum after arriving in the US. This flies in the face of US asylum law that generally allows applications for asylum ONLY AFTER arriving in the US. Minors from Central America are fleeing a broad range of violence and exploitation, including labor and sex trafficking. For these minors, fleeing to the US to seek asylum is their only way to safely escape the human trafficking situation

Second, the bill guts the protections for minors from El Salvador, Guatemala, and Honduras who are embedded in the US’ cornerstone anti-trafficking law, the Trafficking Victims Protection Act. The bill would require that trafficked children describe their experience of trauma and abuse, IN DETAIL, to a Border Patrol agent, or else be immediately removed from the US. These children have experienced trauma, abuse, and exploitation. They are rarely able to articulate their fear to a stranger wearing a gun. That is why the law currently provides them with time to recover with a sponsor, and full legal process

As Freedom Network USA’s Executive Director, Jean Bruggeman, said, “For 18 years, across parties and presidencies, our leaders have upheld the spirit of the Trafficking Victims Protection Act, which requires that trafficking victims in the US will receive protection from those who abused them and support throughout their recovery. We cannot allow that to change now.”