The Freedom Network USA Press Kit is designed to help journalists, organizations and individuals research who we are, understand who we represent, and learn more about the human rights-based approach to human trafficking.

Visit the information below to learn more. 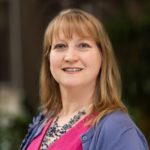 What are the journalistic considerations for reporting on human trafficking?

Visuals such as chains, bound women, or young children paint an inaccurate picture of human trafficking and can lead to a distorted public perception. Instead, focus on imagery that highlights sectors where trafficking is most prevalent, features an under-identified population, or portrays survivors in empowering ways.

Use caution when describing human trafficking and survivors. Words such as “rescue” and “saved” are demeaning to survivors and strip them of all agency. Similarly, take care not to conflate sex trafficking and prostitution.

A Focus on the Individual Person

The Press Kit includes a library of PDF assets and high-resolution images. Enter your email below to receive the files.

Please visit our About Us page to read more about our leadership and staff.

What is human trafficking?

Federal law defines a ‘severe form of trafficking in persons’ as:

What is not human trafficking?

Human trafficking is often conflated with other crimes, such as smuggling or prostitution. Smuggling is a voluntary agreement to be moved across a border illegally. Once the border is crossed, the relationship ends, and the person being moved is not forced to provide any labor or services, or forced to engage in any sex acts. Smuggling may be an element of human trafficking when, for example, a smuggler suddenly increases the fees and forces the person being moved to work off this new “debt.” Similarly, consensual adult sex workers are voluntarily engaging in commercial sex. Absent force, fraud, or coercion, adult sex workers are not human trafficking victims. Under federal law, however, any minor (under 18) engaged in commercial sex is considered a victim; but many states continue to also arrest these minors on prostitution charges.

Who are victims of human trafficking?

Human trafficking impacts people of all ages, races, genders, sexual orientations and nationalities. This includes men, boys, older persons, and US citizens. However, people are made disproportionately vulnerable to trafficking by discrimination (especially against LGBTQ youth), disability, unlawful immigration status, poverty, and prior abuse (including child abuse and sexual assault). People are trafficked in a variety of sectors including domestic work, agriculture, restaurants, manufacturing, the sex trade, and construction, among many others.

How do human trafficking victims come to the US?

It is important to note that US Citizens are trafficked every day without ever crossing a border. Many foreign-born survivors come to the US on visas for workers, visitors, or cultural purposes. Often the visa sponsor or employer is actually a trafficker. Once in the US, the trafficker refuses to comply with the agreed upon wages and living conditions, usually takes the workers passport, and often will not allow the worker to communicate with family and friends. The survivor may have little understanding of the immigration system and the trafficker will threaten deportation or harm to the worker or their family members.

How many people are victims of human trafficking every year?

Data on the prevalence of human trafficking is limited and unreliable due to the hidden nature of the crime. Currently, the most reliable data comes from government sources; including the investigation and prosecution data in the Trafficking in Persons Report from the US State Department and grant data (reporting the number of identified survivors served by grantees) from the Department of Justice’s Office for Victims of Crime and the Department of Health and Human Services Office on Trafficking in Persons.

‘I Thought I Was Going to Die.’ How Donald Trump’s Immigration Agenda Set Back the Clock on Fighting Human Trafficking